Showing posts from May, 2015
Show All

The Book of Ram 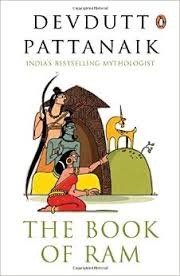 A book of the most celebrity deity of Hindu mythology will have high expectations and is bound to be judged critically. But “The Book of Ram” has passed the acid test with flying colors. I, like many other fellow Indians, love to read about Ramayana in any form. Simpler the better. I had been lingering about the decision to read the series by Patnaik for quite some time now. Though I have read snippets of his many works including his blog, this is my first book which I have read in entirety. And I am not regretting. Initially I was skeptical that inclusion of analysis between the small stories (or incidents) will disrupt the flow and spoil the storytelling. But the author has done a wonderful job of weaving the legendary story with some enlightening information about characters and justification of events. Though it is The Book of Ram, many characters are explained and analyzed in detail. I particularly liked th
Post a Comment
Read more 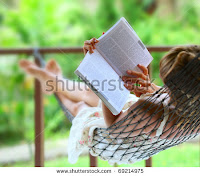 I was a reader long before I even thought that I could be a writer. I used to read a lot. I still do.  And I realized that the craving for something to read, which I presumed had already reached unreal levels, has become intense after I started writing.
Post a Comment
Read more

- May 04, 2015
The two popular home-grown retailing giants, Future retail and Bharti enterprises have decided to come together for a deal that could re-design the retail industry in the country. Future retail that owns popular brands like Big Bazaar, Food Bazaar, Home town, e-zone has announced acquisition of Bharti Retail, known for its popular easy-day hypermarket chain. According to the Press Release, the new entities, Future Retail and Future Enterprises, will operate almost 570 stores across 243 cities in the country which is a mighty boost to Future Group’s existing number of 350 retail stores. Future retail, which will handle the retail operations, will get access to 77 new cities where they don’t have a presence as any of the Future Retail outlet. Future Enterprises will be responsible for infrastructure, investments and assets of both the companies                  Kishore Biyani, who seems to have an amazing insight into Indian customer mindset, has revolutionized the grocery e
Post a Comment
Read more
More posts