Showing posts from January, 2016
Show All

- January 28, 2016
I can't meet a single parent these days who does not that my kid  is glued to the mobile/laptop screen always. I sail in the same boat. And frankly, I don't think we can evade this evil. So I found out something about this situation. The “Wikipedia problem” which means children turning to internet for readymade answers is the new age phenomenon baffling teachers and mentors globally. There are almost equal numbers of teachers who consider technology to be a solution as much as a problem. While a common belief is that technology is hindering the students’ capacity to think and analyze, there is also a strong opinion in favor of video games and digital gadgets ability to engage students and enhance learning by using more than one sensory stimulators. In spite of the growing concern about the students’ deteriorating attention spans, institutions are incorporating digital games in the process of classroom learning.
Post a Comment
Read more

Thank God "I" am not my mother!

- January 20, 2016
Rains have different effects of different people. While some crib about the muddy roads, traffic jams and humidity, there are some who wish they could shed all the worldly inhibitions and run out in the rain to get all soaked (Some actually do). I belong to the second lot. When I see the rains, I reminisce about my childhood where I would run out and play in the rains as long I as wanted. And when I would come home, my mother would give me a cup of hot milk with turmeric. I remember she used to give me an extra pair of socks to change in school so that I could splash in the pot holes while I bicycled my way to school. Monsoons were times to enjoy in those days and not worry about the communicable diseases it brought with it.
Post a Comment
Read more

I am Sorry! Am I too Polite? 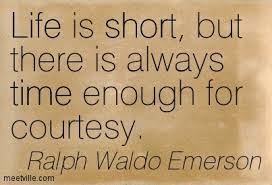 We are living in the era of AIB roast. Now, I don’t have anything against AIB, but presenting it as a form of entertainment is something that I don’t agree with. Hurling profanities, insults, curses and using the F-word in every second sentence is considered cool (?) and modern these days. And I am referring to the set of people who belong to good families and have had a great upbringing; not that road-side under-educated lot who make the former set squirm whenever they come near. They probably use the same vocabulary but in Hindi or any other regional language and hence are not cool or modern. Now call it a generation gap, but I do not agree that you have to be inconsiderate or use the F-word to make your point. Many of those reading this will agree that we have had a stricter and a more disciplined childhood than our kids. We were raised in an environment where raising our voices above the elders’ voice was considered the most obnoxious form of indiscipline. In fact, I
Post a Comment
Read more 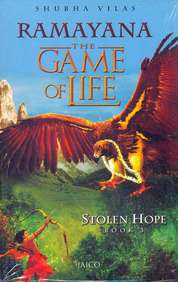 Why do snakes have a forked tongue? How did Sitaphal (Custard Apple) get its name? Why don’t the squirrels hurt themselves even after falling from heights? Stolen Hope is the third book in the series and follows The Game of Life: Shattered Dreams and gives you answers to such simple yet intriguing facts. Shattered Dreams captured that part of Ramayana where King Dasaratha gives Rama 14 years of exile and reserves the throne of Ayodhya for Bharata due to a promise made to Keikeyi. Stolen hope is an account of thirteen years of Rama’s exile along with Sita and Laxmana who accompanied him in the arduous mission. Rama, Sita and Laxman are supposed to spend fourteen years in exile. However, they do not perceive this as a punishment. The regret of not being able to enjoy the royal life does not cross any of their minds. Instead, they look forward to the company of august sages and the teachings that will come their way d
Post a Comment
Read more 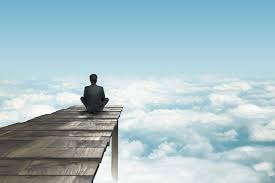 From 2015 to 2016. Only one year. Only twelve months. Or 52 weeks. But it has 365 days. 525600 minutes and  31536000 seconds. Most days in a year are those mundane, go with the flow type of days when nobody on the planet seems to be doing anything worthwhile. Same old routine, same set of people around you and the same old feeling of feeling nothing. But there are some days or even some moments which completely change your life as you know it. And that doesn’t happen very often. Once in six months, may be once in a year but when that moment passes, it leaves you thinking “what the hell just happened”. For me, 2015 had more of those life changing or attitude changing days than those mundane ones. I know its clichéd, but 2015 did pass in a jiffy and left me wondering about a lot of things. 2015 had been benevolent. Health, happiness, prosperity and abundance flowed all through the year. Made new friends, fought with the old ones but then had a great time with all of them. I will
Post a Comment
Read more
More posts