Are we ready for a Women's Day? 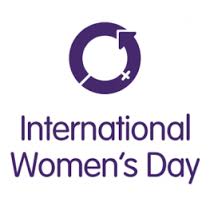 International Women’s Day finds its origin somewhere in the beginning of the twentieth century and in its neonatal form, it represented freedom and more rights for working women. However, IWD has had various interpretations during different times. IWD has also been by the feminists all over the world as it represents more power to women. With the penetration of social networks in many parts of the World in the last few years, the concept of Women’s Day has been accepted and acknowledged by many countries. In India too, there is splurge of Women’s day celebrations everywhere, although most of them are just shallow displays.  Nonetheless, the country seems to have grown up to rightfully claim a Women’s Day.

In India and many other countries in the World, women are still struggling to get an equal standing not only within their homes but outside it also. Even as women all over the World participate in various socio-economic accomplishments, there is still a long way to go before the World witnesses some equality between genders. As per the report of World Economic Forum, the World does not seem to achieve gender parity any time before 2133, that’s 117 years from now.

So with all the struggle and hardships that women face in our society, do you really think it makes any sense to celebrate a Women’s Day. The very fact that you need a Women’s Day to acknowledge womanhood throws up some serious concerns regarding gender equality. And by gender equality, I am not only referring to equality amongst men and women, but also to support from within the same sex. But that is a topic for another discussion. For now, we need to justify whether we are ready for Women’s day. And in my opinion, yes we are. I agree there is a long way to go but it has certainly embarked on the right course.

The crimes against women are being reported and justice demanded unlike times when women avoided reporting any crime and culprits went unpunished. More and more women are being accepted in the mainstream social, economic and political arena. Unprecedented number of women are breaking barriers and taking up causes for the society. They are not only taking sports, education, banking, arts etc. to new heights but are also making noteworthy contributions in areas that were considered for men-only.

Women’s Day is a celebration of Womanhood and all things that come with the package. It is also a celebration of society that is ready to accept Women in significant positions. And India is fast moving towards becoming that society. While it is commendable of women who struggle to shape the future, it is also important to applaud the men who are not intimated by this societal change. Men who do not hesitate to acknowledge that a progressive society needs able workforce of both genders. After all, it is all about gender parity. Right? So as we celebrate International Women’s Day today, let us hope for future that does not need a special day to honor womanhood but incorporates it in the core social fabric.

Till then, more power to women. And men who support such women.


Like what you just read? How about a pat on the back by leaving a comment! Don't agree with my line of thought? Let me know that too..