Laughter of a Murderer

- September 01, 2013
There is an eerie sound echoing in my ears since yesterday. I just realized what it is. It is an arrogant, brazen laughter of a murderer, a rapist who has been sentenced to ONLY 3 years in a correction home for raping and brutally murdering a 23- year old.
The laughter seems to mocking the system and society. It seems to be saying “that’s the best you could do to punish a monster like me. I raped a helpless girl thrice (once when she was unconscious), ripped open her belly and pulled out her intestines with my bare hands. And you are sending me to a correction home. You think you can “correct” me? You think I am a juvenile?………..”. Laughter echoes again.

What is wrong with our society? I am not getting into the discussion of deteriorating human values, dressing habits of women, image of women in Bollywood etc etc. But I do want to mention about punishment. Our society is critically ill. It cannot rely on educating “people” about respecting women folk. Our culture worships women as goddesses so practically we have been preaching the “respect” factor since ages. I believe our society needs a strong dose of ‘fast track’ (literally) harsher punishment. As one of the prominent leaders recently said,” hang one of them and see how the crime rate comes down”. I agree totally. 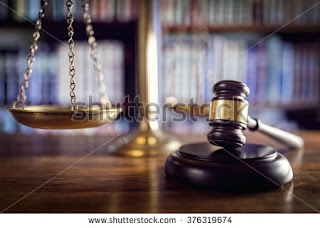 I don’t have the authority to comment on the judicial system but as a citizen I have to admit, it fails to make me feel secure in my own country. I don’t want a “bodyguard/escort” to go to any part of my homeland. I want to wear whatever I like. I want to work late in the office without worrying about traveling alone in buses. I don’t want to answer the upsetting questions of tourists as to how safe my country is. I don’t want to keep my kids from enjoying life because there are perverts on the prowl.

I know these perverts will exist as long as there is human race on the planet. But I want to let them know loud and clear that my  judicial system will not let them get away if they touch me or my loved ones. That they cannot make a mockery of my country’ judiciary. That they will be punished hard. The echo of the laughter seems to be dying down.

Winner-Muse of the Month by Womens Web

Nothing is more gratifying than being acknowledged for your art. I am immensely grateful and honored to have been selected as a winner in the "Muse of the month" contest by Women's Web. Women's Web is a leading online portal focused on providing a dynamic platform for women of today. The contest encourages women to write stories using lines from some phenomenal women writers. My muse was Amrita Pritam and the lines were from her famous poem "Main tainu phir milangi". Click on the link below to read the article on women's web portal. https://www.womensweb.in/2019/04/looking-for-answers-motm-winner-april19wk3sr/
Read more