Confessions of a Mild Hindu

Brutal and inhuman massacres of innocent people in the name of religion stare at the World shamelessly again and again. And each time such an incident happens, humanity loses a battle against alleged religious extremism. While there are different schools of thoughts about plausible causes or reasons behind such deadly attacks on an obviously harmless and unassuming group of people, it does unanimously force us to think where we are falling short in tackling brutalities in the name of religion. Closer home, in India, the circumstances are no different. 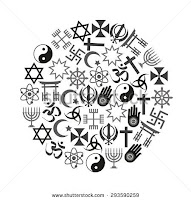 Everybody is sufficiently aware that the seemingly calm surface of this secular society harbors a sensitive time bomb that is conveniently triggered now and then by those with vested interests. We, who dwell peacefully in a multi-cultural community otherwise, become intolerant(?)  overnight when coaxed in the name of our respective religions. And people like me who refuse to take sides and believe in the “live and let live” policy become prone to being labeled as unfaithful towards their respective religions.

I cannot claim to be an overtly religious individual, what’s the word for that- devout, staunch, faithful? No, I can’t relate to any of them. In my growing up years, like most of the teenagers, I had a phase where I claimed to be an atheist mostly because it seemed cool. But I always kept myself open to ideas and thoughts which framed and added value to my opinions and beliefs. Gradually I accepted the presence of a superior force in play. But that’s where it ends. I do not like to believe in the strong fundamentals offered under the name of any religion. People have claimed that it’s because of my superficial knowledge about religions and that I might respect those fundamentals if I delve deeper. But somehow I am yet to be convinced sufficiently to go down that path. Hence I like to say that I am mildly religious- a mild Hindu. And I can say this with utmost certainty that had fate picked up a different religion for me, I would still have remained the same- a mild Muslim, a mild Jew, a mild Catholic may be.

Being a mild Hindu comes with a price. Eyebrows are raised when I reveal that I do not go to temples very often. My love towards my family is questioned when I refuse to fast for their well-being and long lives. And I am bombarded with extremely passionate reasoning as to why I should accept the age-old traditions the way they are even if they seem completely illogical and unreasonable today. I am frequently reminded that I should be proud to be a Hindu. Not that I am not. But does being proud of my religion mean hating the other human being because he uses a different kind of name or wears a different kind of symbol around his neck? Does being a devout Hindu mean that I should brazenly take lives of anybody who does not think of the cow as holy? Does being a loyal Muslim mean I should slay women and children because they refuse to abide by strict (read inhuman) rules laid down by a certain sect? Does being a Catholic give me a right to decide for a man whether he should spend his life with a man or a woman? If the answer to all these questions is yes, I am happy to be mildly religious any given day. Even if that comes at a price.