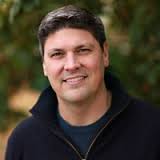 Todd Tavolazzi is the author of Looking into the Sun- A novel of the Syrian Conflict. It is a fictional account of life in Syria and is being appreciated unanimously for its accurate and real-life description of Syrian crisis on its population, especially children. It details the tragedy forced on the civilians and also highlights the valor of journalists who take on this task of bringing the heart-wrenching stories out for the world. Todd has been kind enough to agree to an email interview and share his thoughts about the cause and the book.

Q. “Looking into the Sun” is based upon a sensitive subject of Syrian crisis. What inspired you to write about it?

A:  I was serving as a military operational planner and naval strategist at the U.S. Sixth Fleet in Naples, Italy from 2011-2014 when I studied the Syrian conflict as part of my assigned duties. I found so much open source (non-classified) reporting from freelance journalists that were smuggling themselves into the war zone to bring out the plight of the Syrian people as a result of the conflict. It was incredible to me that this compelling (and sometimes heartbreaking) reporting was not getting the media attention it deserved. The civilian casualties, particularly among children, were staggering.
I was appalled at the lack of empathy and support from the rest of the world for the human tragedy that was befalling the innocents in Syria. I had no idea how to help the situation – but eventually decided that telling a fictional story based on the combination of journalist experiences in Syria would help bring to light some of the root causes, pressing issues, and human repercussions of the Syrian conflict.

Q. There is obviously an immense lack of knowledge about such issues in many parts of the world. Do you think such efforts will fill this gap? What else do you think can be done to create more awareness?

A. There has been a bit more awareness of the issues recently since the use of chemical weapons, the refugee crisis, and the global perception of an increased ISIS threat. But overall, there is a lack of basic understanding of the geo-politics at play in the region and the horrible repercussions it is having in both the Middle East and Europe but also worldwide. My intention in writing Looking Into the Sun was to raise as much awareness as possible and also raise money for Syrian children. My publisher, Pandamoon Press, and I are donating 10% of book sales to Save the Children’s Syrian Children’s Fund to help with that cause.
I believe that the more people share over social media the atrocities that are happening in Syria, the more people will become aware that there is a real problem there and want to learn more. As they search for what may be out there to help educate them, I hope they find my book as not only an informative resource but also an entertaining format that lays out the basic problems with the conflict and how they can help (buy a book and help contribute to charities offering life-saving aid to the victims).
The overall message I was trying to provide was that we all should strive to educate ourselves on world events that are increasingly affecting all of us. The other piece was also the fact that we can choose to act and help be part of the solution. I offer a way to help just by buying a book which will contribute a donation to a charity that is doing excellent work to help save innocent children in Syria. But there are many ways to help. People can share information and awareness on social media, donate to any charity that has a presence there (there are many that need funding in the absence of substantial state contributions), blog on the issues, write an article or comment on the crisis for the local newspaper, make a YouTube video of your feelings on the conflict, write letters or postcards to government officials requesting a policy change in accepting Syrian refugees, anything to raise awareness and get people to act in a positive way to help the innocents or help stop the conflict. I chose to write a book and donate. There are many ways to act.

Q. "Looking into the Sun” looks like it is drawn from your personal experiences. Can you share more about your experience?

A. Thanks for the complement, but, I actually have not been to Syria. All of the research for the book was taken from online sources, journalist interviews, YouTube videos posted by freelance journalists, and lots of newspaper and magazine articles.

Q. Why a book? Was it always in the plan of things or happened spontaneously?

A. I’ve always wanted to write. I had already written a previous novel under a pseudonym that took me a year and a half to write. But this topic captured me so completely that Looking Into the Sun only took me four months to write. As soon as I worked out a plot (based on several real freelance journalist experiences) I couldn’t get the words down fast enough. I was dedicated to tell this story for this specific cause as soon as I could.

Q Do you like to read? What are your favorite authors or books?

A.  I’ve loved reading ever since I noticed that my father was always reading. I inherited his love for history and have been consuming books my whole life. I have a bachelor’s degree in history and typically read non-fiction books to keep my feeding my curiosity. I love Stephen Ambrose (D-Day, Band of Brothers) and Jarred Diamond (Guns, Germs, and Steel), Malcolm Gladwell (Blink, Outliers), and Thomas Friedman (Hot, Flat, and Crowded). But I have also read a fair amount of fiction as well. I started out reading Tom Clancy, Robert Ludlum and W.E.B Griffin novels, which interested me in the military and adventure genre. But I have also branched out into classics like Joseph Conrad, George Orwell, Aldous Huxley, Ayn Rand, Kurt Vonnegut, and many others, as well as current best-sellers like Chuck Palahniuk (Fight Club), Khaled Hosseini (Kite Runner), and John Green (The Fault in Our Stars).

Q. What next? Any other book in making? Or something else for the cause?

A.  I will write another book. Not sure of the topic just yet. I am interested in the environment and the opportunities that Thorium driven nuclear power affords. I’d love to show how that specific form of underestimated nuclear technology could change the way (a good way) we as a species can actually get our power that is virtually limitless and much safer and efficient than all current methods. But I may need more research than just the internet for that topic! I encourage everyone to look up Kirk Sorenson on Google and see some of his informative videos on Thorium driven nuclear power. It is eye-opening and will change our world if we could get governments and corporations to embrace its testing and employment.

Click here to read my review of the book

"Looking Into the Sun is an action-packed, engrossing tale that puts a face on the heartbreaking struggle of children caught up in the war in Syria. It’s one of those rare books whose story will remain with readers long after they put it down…” — Peter Telep ,#1 New York Times Bestselling Author of The Secret Corps (Source: Amazon.com)

“An engrossing and authentic thriller. Remember the name Todd Tavolazzi. You’ll be seeing it a lot.” — Grant Blackwood, New York Times Bestselling Author of the Briggs Tanner series, is also the coauthor of the #1 New York Times bestseller Dead or Alive, with Tom Clancy, and The Kill Switch, with James Rollins ( Source: Amazon.com)

"Looking into the sun delved into the characters of those most affected by the Syria crisis. This book tells their stories, heartache and trauma. A must read." — Ranya Alkadamani, founder of the Impact Group International  (Source: Amazon.com)

20 "5-star ratings" on Amazon.com already for Looking into the Sun