October 11, 2016
Meghana just got promoted as Senior Vice President. That was her third promotion in last five years. She had worked in this company for last 12 years. Initial years were the routine ones. She had to work twice as hard to get noticed. And the management always found somebody more deserving for promotions and challenging projects. But things seemed to have changed for good in the last 5-6 years. She was their first choice for every big project and accolades and promotions had literally started raining from everywhere. It seemed that her hard work was finally getting noticed. So when the girls asked for a party, she didn’t think twice and invited all of them for dinner.

“Way to go Meghana. You are giving the boys a run for their money.” Chirpy Shweta remarked loudly as soon as she entered her house along with Jenny and Riddhima.

Riddhima was quick to retort, “Oh come on Shweta, they are hardly a match for her.”

Meghana smiled lovingly at both of them and ushered them to the spacious living room. Soon the party became loud and lively as more and more girls joined in. Meghana had intentionally kept this an all-girls affair. She somehow felt more comfortable amongst them as she felt they were more accepting and understanding than the guys in her organization.

The party was on full boom when somebody called for a toast. “Meghana, you are a rockstar. We love you”.

The “we love you” was echoed by one and all.

Suddenly, somebody in the crowd said, “Thank God you don’t have kids”. 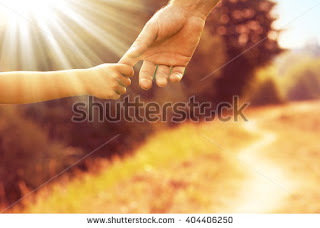 The smile on Meghana’s face was wiped off at once. Whoever said that had touched a wrong cord.

Meghana didn’t have kids. Not by choice but by a nasty turn of fate. After three miscarriages in the first five years of her marriage, both Meghana and her husband, were emotionally exhausted to try again. They accepted this as their destiny and carried on with their lives. Both were soaring high in their respective careers and ignored the huge gap of their life. But instances like this one threw reality in Meghana’s face. As the uproar slowly subsided, she took a seat beside Shweta, Riddhima and Jenny.

“What an idiot”, said Shweta, “How can she say something like this?”
“That’s ok, Shweta. She didn’t mean anything. After all, it is a fact. I know that if I had kids, this company wouldn’t have considered me for any of this. We are all aware what happened to me, and most of the female employees in the company, in the initial years of our marriages. We were not considered for promotions or even good projects because the company assumed we would go away on maternity leaves.”
Jenny, the optimistic one, tried to reason vehemently, “That’s not true. May be we didn’t work hard enough then”.

“Really Jenny! Are you sure you didn’t work hard? Be true to yourself. All of us were single-handedly driving big projects then. But only because we were in a particular age-group and life-cycle, we were conveniently ignored.” The silence on the girls’ part was a sign of agreement.

Meghana continued, “I know that when the news of my infertility spread, management realized that I wouldn’t be held back by any motherly duties. And hence began my ride to success.”
The girls knew that Meghana was speaking for everybody. That was a truth everybody chose to ignore. And that was why a very strong and reliable bond had developed between all of them. Meghana knew that it was this dependable bond that sailed her through the tough times. She wished there were more of such bonds to help people like her. 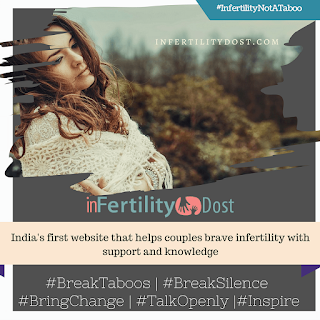 Meghana’s wish came true with inFertilitydost.com, India’s first website that works to #SpreadAwareness and #Support couples in their battles with infertility. Geetanjali Banerjee, the brain behind the concept has borne the trauma of being called infertile for a long time and hence she decided to stand with people as they course through this traumatic journey. inFertilitydost provides guidance regarding the fertility treatment options, helps in finding the right solution and helps in connecting with the experts. inFertilitydost.com understands the emotional exhaustion in the process and extends a helping hand to keep the couples motivated and reinforce optimism towards life. #TrueStories shared on inFertilitydost are also a great source of #Inspiration and provide the much needed comfort that you are not alone in the journey.

To create a compassionate society that offers a helping hand instead of crude criticism for people like Meghana, we need every small contribution. inFertilitydost is one such noble effort. As a woman and a responsible citizen, I also have a responsibility to create a better future. This is my contribution to #BringPositiveChange and #SpreadAwareness to emphasize that #InfertilityNotATaboo.

This blog is to #SpreadAwareness about Infertility through Infertility Dost, India’s first website that facilitates couples to brave infertility with support and knowledge. You can find other links on Write Tribe.