Can Patriotism be Taught? 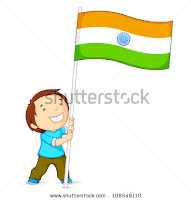 The word patriotism, as we know it, has changed dramatically. Patriotism now features in the list of sensitive words along with other words like intolerance, secularism, minority etc. It has acquired many connotations in recent times. Everybody has conveniently devised a definition of patriotism for them to abide by. While some believe in proudly flaunting their patriotism on facebook timelines, others consider standing up for national anthem as epitome of patriotic attitude. But that is the benefit of being in a tolerant democracy, I guess. However, when a 7-8 year old kid asks you, what is patriotism, most of us will be at a loss of words. At least, I was. So how exactly do you define patriotism to your child? Stand up for national anthem, watch the Republic Day parade, don’t miss schools on 15 Aug-26 Jan or cheer for Indian cricket teams during cricket matches? Or do we tell them about the struggle for freedom by our great martyrs of yesteryears? Or we explain to them how a soldier fights pseudo-wars at borders and within it? Does any of this will explain to them importance of patriotism? Will it instil deep-rooted love for their country which they will carry wherever they go? While some of it may burden them with a strong sense to “return the favour” of enjoying the advantages of living in a free democratic country, I am not sure how it will inculcate the essential patriotism.

A generally acceptable definition of patriotism could be- love and loyalty towards one’s country. So let’s try breaking the ideology into two parts- love and loyalty. What creates the feeling of love? Simply put, “like” or fondness, when multiplied by a million, will turn into love. Hence, to like and eventually love your country, you need to know about it. Right from its geographic and cultural diversity to its colourful and valiant history. Its ancient scriptures that laid the foundation of many modern theories, the philosophy of non-violence and compassion that has been practiced for centuries in our society, the great leaders produced by this land and its contribution to the World are some of the things that make India so great. Understanding and acknowledging the greatness of motherland will slowly but deeply create a sense of belongingness which will eventually transform into unfaltering love for the country. 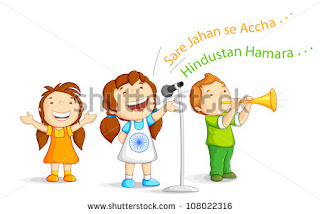 Now that the seed of love is planted, let’s come to the second part and talk about loyalty. Unfortunately, even if we love our country, our comfortable lives often make us take things for granted. Smallest act of littering on roads shows how little we think of patriotism. Loyalty is generated from the acknowledgement that being able to live in a free country that we take so casually is only a dream for those living in tumultuous parts of the world. Loyalty comes from the understanding that your country is your identity on a global platform and whatever you say or however you act will be related back to your patriotic identity.

Patriotism is subject to many beliefs and opinions. However, talking about patriotism to a kid is never easy. A child’s curious mind wants substantial reasoning and “because I say so” does not work here. It calls for a need to build a culture around our household to discuss things about your country that a child should know. A culture that runs deep within and not just expressed through profile pictures or updates on social networks. A strong culture that ensures that when our children grow up, they stand up for national anthem because they are proud of it and not because they fear of getting beaten up by fanatics in the garb of patriots.