Happy Children’s Day!! Here’s to the child in us! 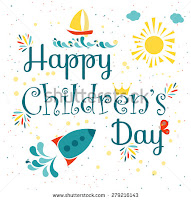 Remember how merrily we celebrated children’s day in school. Dressed in colourful outfits, we looked like characters out of happy Disney movies. For most part of our childhood, children’s day remained a very special day for us. Till puberty hit home. Then we decided that we were too “grown-up” to be celebrating a day that was assigned for children. And before we realised our mistake, we were already in the tumultuous tweens and nobody considered us children. Slowly, it became irrelevant for us. This holds true for most of us.

For those who decided to go down the conventional life-cycle, get married and have kids, after a few years children’s day became important once again. But this time it was more of a responsibility than fun. Procuring fancy costumes for kids, preparing snacks for the ‘sharing-party’ at school and asking the maid to stay a few more hours to help with the stuff. By the time the child goes to bed, we end up reminiscing about our own children’s day.

This year, however, something struck me as I planned for my kid’s children’s day gala. There is a child in all of us. As much as you try to fight the fact, it is true. Some of chose to mercilessly hide it behind the veil of maturity and parenthood, there are people like me who refuse to grow up at heart. I believe in living life like a child- carefree and honestly.

A child unknowingly knows that Life is too short to be taken seriously. A child does not care about being politically correct and pleasing people around him. He does not ruin his today fretting about his tomorrow. He laughs when he wants to and sleeps when he is sleepy. He eats as much as he wants only when he is hungry. He cries when hurt and loves you back unconditionally. He does not calculate benefits in relationships. As much unreal it may sound today, all of us were all that and more a couple of decades back. But then adulthood happened. 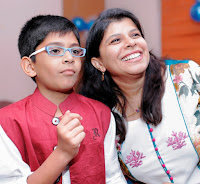 But this children’s day, I have decided to revive the child in me. I am going to laugh unabashedly till my stomach hurts. I am to going tell people that I love them without worrying about power games. I am going to care about life only as much as it deserves. My fights or differences of opinions, as the world of adults calls it, will have a shelf life of 24 hours because that’s just about how much time I will waste on being angry with something or someone.

So I am done being an adult. It is going to be child’s way to life from now on-carefree and honest. And whenever I unwillingly get pulled into the selfish, one-dimensional adulthood, I am going to talk to my heart into being a child again. And I am sure it will agree because it also likes it there. So here’s to being a child again and staying there forever.