An Ode to the Wordsmiths! 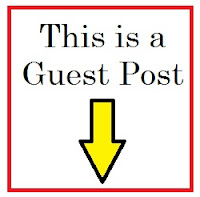 This story was originally narrated by the author at a storytelling event "Unsung Heroes".

What is writing? A logical answer would state that it’s nothing more than permutation and combination of 26 letters. Alphabets forming a word, words forming a sentence, sentences forming a paragraph. Yet, you sitting and reading this, and me hoping that you like what you're reading, are some among the few who would agree that writing is so much more than that. A bunch of paper with those permutation and combinations of  26 letters made me who I am today.

So this one is for all the writers, the authors, the wordsmiths. They are my unsung heroes. The known, not yet known and the ones that hang between the known and not yet known. This one is for the ones that chose to type on, bleed on and puke on paper and unknowingly changed my life for better. Writers who possess the Godly power to create a world out of thin air and immortalize it forever. The writers that showed me the charm in full stop (which is also called period, but I won't use that word because it just might make some of you uncomfortable), the extraordinariness of adding a comma just after the right word, the bravery in stringing together the tumbling unordinary words together, and most importantly the importance of believing and doing and keep doing what you love. 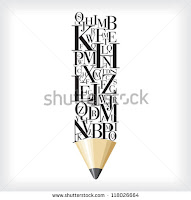 George RR Martin, Stephen King, Ray Bradbury, Isac Asimov are just a few of quite possibly hundreds of authors I’ve encountered over the years, but their respective novels and series have brought me the most enjoyment, thrill, heartbreak, anger, fear and just about every goddamn emotion in between. The work of these authors pulled me into their imaginary worlds when I needed to escape from my own. They made the skies bright when my days felt damp and grey as a wet newspaper, and granted me shelter when the world around me felt all too chaotic.

I wrote this, as an ode to these writers. The writers that sharpened the blunt corners of my personality by their words and changed it for better. As I dealt with bullying for being a handicapped teenager, I turned to fiction for solace. I learnt from Neville Longbottom that by bravery and perseverance, you not only defeat bullies like Draco Malfoys, but also destroy the clumsy, frightened and shy version of yourself. It was Loona Lovegood who taught me that being different was not just okay, being different was so bloody cool. That being different would get me closer to having real friends like Harry and Ginny. It was Tyrion Lannister from George RR Martin’s, ‘A Song of Ice and Fire’ who taught me that size and shape don’t matter. That wit and wisdom can defeat the mightiest of Goliaths. That being short does not mean you cannot stand as tall as others, for a very small man can cast a very large shadow. 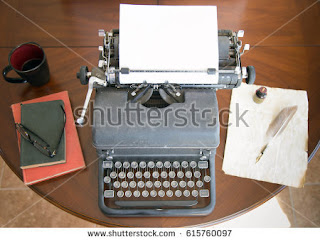 This one is for bad writers as well. (I won’t name call, but you’d know who I’ll be talking about). The ones who glorify sexual abuse and mislead the readers into believing it’s eroticism. The writers who write a book filled with hollowed, single dimensioned characters with no real purpose and vague beginnings. A huge thank you to you. I might not know the most ‘Do’s’ for good writing, but I surely know some of the ‘donts’.

Finally, thank you for pumping the much needed inspiration into me and showing me the path in life I should take. I plan to pursue a career in reading and writing, and that’s all because you have shown me how strangely magical books are, how mighty and powerful words truly are. You all have changed my life so much, and I want to be a part of that. I want to be what you had been to me to my readers. I want to provide a shelter to those who think they are broken, twisted and neglected. Each of the writers taught me the sheer brute power of words and the amount of beauty which can be contained between those inked out pages; and for that I am truly grateful. It is because of you I sit down every day to wrestle and try to defeat the blank page. You are my inspirations. You are what I want myself to be. You are my unsung heroes.

Author Bio: Jinesh Udani is a bibliophile, a freelancing content writer and copywriter, an experienced coffee sipper, a procrastinator, skilled in the art form of sleeping, and a graduate in Computer Applications. In both, his borrowed and spared time he enjoys wrestling and defeating the blank paper.

Like what you read here? How about a pat on the back by leaving a comment.
author interviews books guest blogposts