Noose is Not the Answer 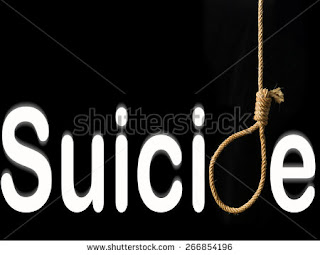 When Darwin coined the phrase “survival of the fittest”, little did he know that it is going to acquire a completely new meaning in the 21st century? We are living in difficult times. Being average or even above average is not sufficient. Everybody is expected to be extra-ordinary. Everybody and everything is being measured on the same parameters of success and failures. And our education system is no different.

As much as I praise the foundation that our education system builds in the initial years, it’s one-dimensional grade-based approach does not seem to add any value in the later years. Largely theory-oriented and with very few options in the main stream, our education system calls for a revolutionary change in it. Other than not being able to provide an all-inclusive outlook, it also puts undue pressure on students to either prove themselves on the pre-defined parameters or be labeled as “failed”.  The surge in suicides every year just after the results of important exams shamelessly points towards the glaring void in our foundation of education. But that does not absolve us of our responsibilities as parents and mentors.

Like it or not, but we also want our kids to be a money-minting machine which implies that we want them to pursue professions that can bear favorable results. Unfortunately, we still think that engineers and doctors are the only ones who can have a good (?) life. Before we counsel the kids about handling pressure and looking towards the brighter side, it is the guardians, who need some reality-check. We have to ask ourselves some tough questions and be prepared for some very harsh answers. We have to take responsibility for our kids’ failures as much as we like to share the limelight when they succeed. We have to choose between life-long regret and remorse or acknowledge reality the way it is.

As much as you want it, not every child can score brilliantly in academics. Some are programmed to like mathematics and science and they do well in those subjects not only because they are bright but because they also like what they are studying. So if a kid is programmed to like languages, he might not do very well in mathematics and science. But what we conveniently forget is that he will certainly be brilliant in languages. And because we also are programmed in a certain stereotypical way, we stoically believe that we are no good if not a scholar in main stream academics. But it is high time we change this faulty wiring in our minds and belief systems.

Don’t judge kids’ on the same standardized parameters. Each individual is a unique creation. Respect that uniqueness and instill a feeling of self-worth in your kid. Comparison is a silent killer, even between siblings. Believe it or not, failure has an important part to play in our lives. It makes us humble and develops persistence. Hence, it is ok to fail once in a while. As parents, the worst thing we could do to our kids is to let them believe that failure is the end of the world.

The increasing number of students succumbing to undue pressures and taking drastic steps of ending their lives should raise an alarm for every one of us. The younger generation is our responsibility. And we are immensely failing our responsibility if they are pushed to take such extreme steps. Even those who forgo their uniqueness and forcefully mold themselves according to our expectations will ultimately remain unhappy. A society with unhappy and ungrateful citizens is doomed.

The scary statistics are urging us to introspect, realign our expectations and create a non-judgmental environment which bolsters confidence and does not reek of insecurity. Our responsibility as parents and mentors does not end at enrolling in good schools or coaching centers but it goes on until our kids build a strong foundation of determination and perseverance. We will only pass the test of being a parent, teacher or a mentor only when our kids understand that noose is not the answer to life’s battles but the spirit to go on is.


Like what you just read? How about a pat on the back by leaving a comment! Don't agree with my line of thought? Let me know that too..
books parenting social issues