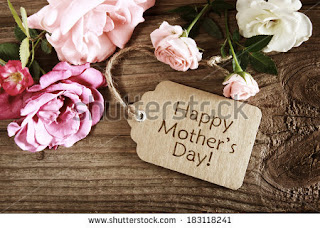 After a tiresome day at work, it was a quick fix dinner as I looked forward to turning in early. Kiddo was surprisingly helpful that day and helped me clear the table. So as a token of appreciation for his good behavior, I decided to treat him with hot chocolate. I could also use a dose of some chocolaty goodness. So hot chocolate it was, for both of us while watching Tom and Jerry on TV. And finally, it was bedtime. I dragged myself to check all doors and windows and switched off the lights. I went into the kitchen to check everything one last time. Everything was in place….except the two mugs with remnants of chocolate at the bottom which were lying on the basin ledge unwashed. Too tired to wash them, I ignored them and turned back, switched off the light on my way out. And suddenly there was a loud voice, “You better wash them. It will take only a minute”. I didn’t look around for the origin of that sound because I knew it was in my mind. It was my mother’s voice which is finely programmed into my mind and becomes active every time I plan to get away with some laziness. There was no escaping this voice, I knew. So I reluctantly went back into the kitchen, rinsed those two mugs and came out with mixed feelings of satisfaction and gratitude.

I am always amazed by stories of kids being spoiled by their mothers’ affection and pampering. For the kids in our household, there was no dearth of affection but when it came to discipline and being self-reliant, it was no less than a boot-camp. And like many other households, the general in this boot camp was my Mother. As soon as we could tie our shoe-strings, we were required to do our part of the chores which were distributed according to the age, and mind you, it was only age, not gender. Boys could not get away from clearing the tables and girls had to get their bicycles repaired themselves. The only time you were excused from the chores was when you were sick. On birthdays or any other special days, your siblings might decide to do your part of the work, only if you are lucky. Otherwise, it was a daily drill.

So what does such a military-like routine do to your childhood? While most of our friends thought it was some kind of pseudo-torture, we knew there was something good happening to us. At that age, it was difficult to fathom exactly what good could come out of the rigorous discipline we had to adhere to but since everybody around us was doing the same, we couldn’t complain. It is only now that I completely understand and appreciate the theory. 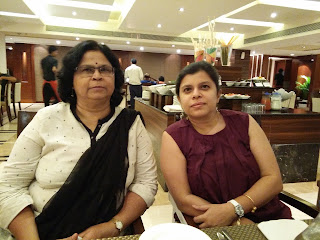 The General and her Soldier

We were being developed as independent individuals with a capacity to sustain ourselves and people around us if required. When we were told to do stuff on our own, we were gradually developing decision-making skills. Working and sharing chores with siblings taught us valuable lessons of team spirit. Rewards taste better when you earn them had been taught and proved to us at a very young age. When being scolded for having missed an important assignment for a very insignificant reason, it was being ingrained into our minds that when out in the world, life will not be soft on you because you are a girl or you are tired or not prepared. We were being taught the LIFE SKILLS.

I am glad that my mother did not pamper me unnecessarily but taught me things that have kept me afloat during life’s ruthless battles. I am thankful for not receiving ready-made solutions but glad to have developed acumen to solve those crazy puzzles. I am glad that hardships do not deter me but only make my stronger. And I know that I rightfully deserve the rewards that I get and can enjoy them unapologetically.

This Mothers’ Day, I salute the “General” for making me an able warrior who can take on any battle unflinchingly. Even if it means washing those two mugs after a tiresome day.