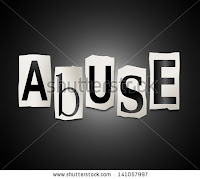 This post has been especially recognised by Juggernaut Books and Women’s Web in the #ALetterToHerblogathon for its role in spreading awareness about domestic violence.

She started picking up the used plates and cleaning the table as everybody moved towards the adjoining terrace of her penthouse for post-meal desserts and coffee. They couldn’t stop praising her delicious five-course dinner. The praises were not new to her. She knew she served magic on plates and whoever ate that magic couldn’t forget the taste for the rest of their lives. She wasn’t arrogant though. In fact, far from it.

As she carried the platter of chocolate pudding and Irish coffee, she could overhear the women gossiping about upcoming parties, kids, movies, and some other mundane topics. She smiled to them as they picked up their desserts or coffee. She moved towards where the men were standing and her feet felt heavy. “Not today. Please. Not today”, she heard herself praying in her head. Her trance was broken by the loud laughter and she found herself standing amongst the men.

“Mrs. Singh, you should open a restaurant. I am going to be your lifetime customer”, somebody said and everybody laughed hysterically. “Or you could join us here for dinner anytime. I am sure she won’t mind that. Would you, dear?” She realized that her husband’s question was directed to her. “Not at all. It would be my pleasure to cook for you”, was all she could say. “Oh. So is it not a pleasure to cook for me, darling? Don’t I praise you enough? “, she could feel her husband’s stare boring into her. “No…No. That’s…thats not what I meant..I..I was just….”, and her words were drowned in another round of frantic drunken laughter.

Her prayers were not answered. She knew she will have to face another brutal admonishing when everybody left. And she will once again, cry herself to sleep. She didn’t even know if this could be categorized as abuse. Her husband hadn’t hit her ever in their 9 years of marriage. She had all the materialistic pleasures money could buy. Her life looked picture perfect to an outsider. But she had learned the hard way that not everything that shines is gold.

She realized very soon after her marriage with one of the most sought after men in the city, that her life wasn’t going to be as rosy as she and everybody else had imagined. She couldn’t mistake her husband’s obsessiveness and authoritative behavior as normal. She didn’t realize when she handed over the control of her life to this man. He decided everything for her. What she wore, where and when she went, whom she could befriend (if at all), what she watched on TV, what she cooked and ate. He also decided that she will not pursue her dream of having a restaurant. She wasn’t allowed to lock her phone. He scanned her emails. And any ordinary conversations she had with guests or relatives could be twisted and turned to look ugly and she would be accused of flirting with other men, gossiping about him with relatives and planning to run away.

She didn’t have any bruises on her body to prove the abuse. Nobody had heard her scream. But that did not nullify her agony. She was robbed of her right to be happy and free. She was a slave dressed in expensive clothes living in a posh penthouse. She was just a little more than that piece of furniture. She wanted to run away. But……

Our society has a lot of expectations from women in any role. They even have expectations about what to expect. She was supposed to expect financial and social security from her marriage. And her marriage did fulfill that need. The contract, however, does not have a clause of freedom. And if she dares to put that clause in, she is judged and labeled. SHE could be anyone- Maya, Mamta, Ragini, Priya, Neha. But not anymore.

It’s time to speak up about the silent abuse and walk out of relationships like this. It’s time to claim your freedom and regain your identity as a woman, as a human being. It’s time to amplify the collective voice against domestic abuse in any form. Even if you don’t have bruises to show, speak up and add to the momentum against this twisted form of slavery.

Meena Kandasamy’s revisits her short encounter with an abusive marriage in her latest fictional novel When I Hit You. In this provocative book, she shatters the standards set by the society about what qualifies as domestic abuse and forces us to speak up about this social vice that plagues the society even in this century. Read the full book review here.

Linking this post to the Blogathon theme #ALetterToHer by WomensWeb. 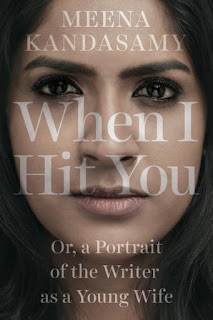