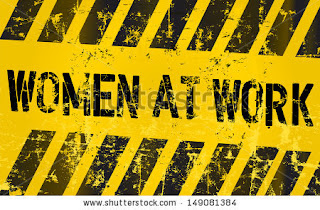 A company in Mumbai with approx. 75 women on its payroll, recently announced “menstrual leave” for its female employees for the discomfort they face on the first day of periods. The company has also approached the Human Resources ministry to consider a similar policy nation-wide. Though the petition is already signed by more than 25,000 people so far, there are equal numbers, many of whom are women, to oppose it and think of the move as regressive. A company from Kerala has joined the trend and offered menstrual leave for its female employees. As the trend catches up with more organizations, I thought of asking a few people about their views on this and discover the value of this proposition, if any.

Do we really need a leave for one of “those” days? Would it help it creating a better environment for women at their workplaces? What are the chances of it being misused? How does it fit into the theory of equality at workplaces?

Pain and discomfort during menstruation is common and almost all the women face it at some point of time. Some women, however, undergo extreme abdominal cramps and related physical problems. It becomes a challenge to perform even the most routine tasks. However, the ratio is not very high.

In India, women make up to 25% of the total workforce. To put it simply, 25 out of 100 people of an office would be women. The ratio may be different industry-wise but the fact that the percentage of women in the workforce is increasing remains true for all of them. Bringing out a policy that will impact not only one-fourth of workforce but will also indirectly impact the remaining three-fourths in a big way needs thorough deliberation. After all, they are the ones who may be doing the extra work on “that” day.

Some experienced women from various industries shared their thoughts and brought certain interesting perspectives into the discussion. While some men consider menstruation too impure to discuss openly, others have come forward with interesting opinions about the policy. And it only gets bloodier!

Abha Kadav, a marketing research professional who spent a large part of her career in Mumbai, does not appreciate the idea. Not only was she apprehensive about the idea of telling the world about her menstruation cycle, she also suggested the fact that this move might not be taken seriously by the men folk in the company. She also hinted that such a privilege, even if not availed by some women who oppose it, will make women look weak. “If we want to be taken seriously, we have to act like that”, she said.

Kavita Singh, owner of Kaffeinated Konversations and an entrepreneur from Indore, vehemently opposed the idea and considered it sensational. Having endured the pains through the normal course of life, she thought of work as a distraction from the discomfort of periods. Though she acknowledged the severe medical issues which might call for rest for some women, she also pointed out the redundancy of a special leave for the reason as there is always an option of sick leave. 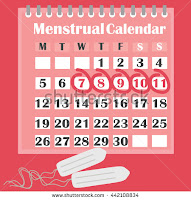 Jyoti Patankar, another brand marketing professional from Mumbai, also did not support the idea of leave but suggested that an option to work from home is better. More than work, she said, it’s the travelling and the time away from home is what makes it difficult during those days. Thus, working from home could be an option which will also not hamper the productivity of the organization. We are talking about one-fourth of the work-force after all! She also went ahead to suggest that WFH option should be available to both men and women. Viral is equally bad and can happen to anybody, she said.

Shiju Paul, a corporate professional from Mysore, disregarded the policy as sexist and biased. The whole equality debate goes for a toss, if this is instituted as a policy, he opined. He also highlighted that more leaves is not a solution for making the workplace women-friendly but a sensitive approach towards all the employees will go a long way in creating a better work environment. He also questioned how this policy would apply to women in defense services.


Kapil Joshi, a sales trainer, and entrepreneur from Pune, shared his views in details and substantiated his theory with examples. He highlighted a probability of harassing women by asking uncomfortable questions to women under the pretext of work planning. Read more about this in the guest post by Kapil Joshi.

These are just a few of the many views about the initiative. However, the pattern largely stands against the policy of menstrual leave. While I empathize with women undergo immense pain and suffering during periods, I do not think a leave is a solution. The discussion has already gone below in Google search but this bloody debate is bound to come up and seek attention every now and then. And it will only get bloodier!!!

Disclaimer: -The opinions expressed here are solely in the private capacity of the individuals and do not in any way represent the views of their respective organizations.