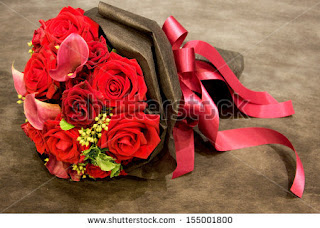 When the doorbell rang at 2 PM, Ashima wanted to ignore it. She wasn’t interested in entertaining friends who often turned up unannounced and overstayed their welcome. She had realized that she had become a “close friend” to many since she acquired her fully furnished 2BHK. The friendly infringement round the clock was becoming extremely uncomfortable and tiring for her. So her first reaction to the unannounced guest at the door was not unfair. She wanted to send a message. But by the third bell, she realized this “friend” probably did not understand the subtle message and needed a stronger to-the-face message.
With a resolve to set things straight, she opened the door. Only to find that there was nobody there. With a sigh of relief, Ashima stepped back inside to close the door and go back to her book. Just then she saw it, a large bouquet of red roses lying near her door. She picked it up and came inside.

There was a card in it which read, “See you at 6. Be ready!”, with a smiley face drawn on it. But there was no name. Ashima was used to receiving red roses but that was before she became friends with Raghav. Though they hadn’t announced their commitment, everybody assumed it. They were always seen together. Even in a group, Ashima and Raghav had a special bonding. However, they had never gone on date. It was always with a group of friends. But everyone knew it was just a matter of time.

Red roses on a friendship date meant very special to Ashima. She had mentioned very often that friendship is the foundation of love and that she would like to be proposed on a friendship day instead of Valentine’s Day or even her birthday. She hadn’t thought Raghav took any notice of that but it seems she was wrong. He had obviously noted that. Now Ashima hoped that he remembered the other things also. 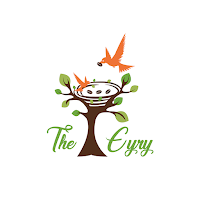 She hoped he knew that The Eyry was her favourite café in the town. She had had the best of times with her friends and Raghav there. She smiled at the memory of her posing as an Egyptian queen on the huge leather chair near the window. She thought of her friends laughing hysterically when she tried to reach up and read the books glued to the ceiling above that chair. It was only Raghav who was allowed to share her Browniccino. She laughed out loud when she thought of the time they had suggested at the reception to have serial numbers on the menu card because the names of the items were too tricky to pronounce. Ashima glanced at the watch and came out of her reverie. It was 4:30 already.

This was going to be her first date. She loved spending time with Raghav and this was the first time they were going to be alone. She stood before the wardrobe thinking what to wear with a soft smile spread on her lips. And the door-bell rang again. Not another “close friend”, Ashima thought as she went to open the door.

“Madam, did you get the rose bouquet I had left here?”, asked a young delivery boy at the door. “Yes, I got it, Thank you”. Ashima politely replied. “Madam, actually that delivery was for the apartment on the 6th floor. I got confused and left it here. Can I have it back?” the delivery boy continued apologetically and Ashima felt waking up with a jolt from a sweet dream.