#TrueBeauty- Glow of grit and endurance

Every morning at around 10 AM, my house fills with melodious humming interrupted by frequent giggles. Sometimes there is a bang of a utensil being dropped on the floor or the thump of cushions being patted against each other. At times, a mother’s voice is heard as she lovingly rebukes her 4 year old to not take touch delicate cutlery and to watch TV from a distance. This voice that I have become used to since last four years belongs to my maid who comes twice a day to do the standard chores. She hums to herself as she does the daily chores of cleaning, dusting and washing.

A mother of 4, the youngest being 5 years of age now, lost her husband four years back in a road accident in the village. A wife who was pampered by her husband was suddenly left to fend for herself and her 4 kids along with the in-laws who had already lost their other son a couple of years back. With minimal education and no exposure to the worldly ways of life, this woman had no clue about even the most regular things. Small tasks like going to a doctor and paying the school fees became difficult. And there were tasks like dealing with labourers in their fields or deposing money in the bank that posed a huge challenge. The pesky relatives and shrewd villagers who had notions about how a young widow should behave made it all the more difficult for her. That’s when she took a life-altering decision that most of us wouldn’t be able to take in spite of our comforts and abilities. 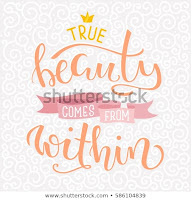 She left her 3 daughters with the in-laws and came to the city with her youngest son. Some sympathetic relatives helped her get mundane work of cleaning in a couple of houses in the colony and a temporary place to stay until she got on her feet. With her hard work and grit, she soon found her ground and started supporting her kids and her in-laws. She does everything a son would have done for his parents and a father would have done for his children. And fighting her loss all this while.

This maid of mine is beautiful by all the conventional standards of beauty that our society has. But for me, her sharpest feature is her winning smile which turns into giggles on the slightest provocation. In spite of her hardships and struggles, she keeps going on with grit that can put any challenge to shame. Neither the nasty comments from relatives not the angry glares from fellow villagers dither her now. With her simple philosophy of “are they going to feed my children”, she keeps going.

Beauty can be found in uncommon places when you look around. But it is brave faces like hers that glow with the #TrueBeauty. Even when she comes back after working in the fields, completely sun tanned with blemishes and sun burns all over her skin, her face glows and her winning smile lightens up the room. I salute this #truebeauty and look up to her for inspiration.

I believe every woman has TRUE BEAUTY within her in all the roles she plays. For over 18 years across 650 plus salons across the country, Naturals has been helping the Beautiful Indian Woman get more Beautiful.


This post is a part of #truebeauty contest by WomensWeb and Naturals that celebrates Indian women who are uniquely beautiful from the inside out.

April 10, 2020
The pandemic has forced us all within our houses. You post a picture of your happy family having fun at home on social media. After all, if it hadn’t been for the duress, every member of the family would have had their own schedules and hardly any time for each other. The situation has brought the family together and you want to cherish every moment of it. So you post another picture. And then you scroll down.
Post a comment
Read more